If you’re looking for the best way to make delicious shakes and smoothies at home, then the likelihood is that you’ve come up against the question of whether to buy a smoothie maker or a blender. It can be difficult to discern the difference between these two incredibly similar devices.

If smoothie-making is your main prerogative, it can seem like a sensible option to just go for a specialised device – surely a smoothie maker is better at making smoothies than anything else? However, could you be missing out by opting for an appliance that only has a singular dedicated purpose?

Here, we will take a look at whether the variations between these two appliances are actually significant, or just a clever marketing ploy. We will also consider the pros and cons of both blenders and smoothie makers to help you make your decision.

Jug blenders are the most traditional type of blender, consisting of a glass or plastic jug with inbuilt blades, which can be screwed onto a motorised base. Blenders are great for mixing fruits, vegetables, juices, milks, yoghurts, protein powders and ice creams into shakes and smoothies of all shapes and forms. 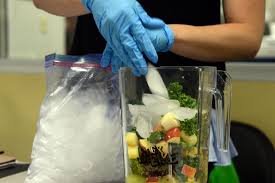 Blenders are also often powerful enough to crush ice so that you can make coolers and cocktails. On top of this they can be useful for a range of other functions, including blending hearty winter soups, homemade sauces and salad dressings. More powerful blenders are often capable of tearing through tougher ingredients such as nuts and seeds, allowing you to create super-food smoothies with ingredients such as chia seeds.

A blender is an excellent investment as it can be used for a whole range of things beyond simple smoothie making. They can be found with high-power motors, which are capable of tearing through the shells of grains and seeds, which is said to release the nutrients within, thus making it easier for the body to absorb them. This is why such blenders are so popular in the world of health and nutrition as they make for a great companion for healthy eating.

All-in-all, blenders are incredibly versatile and more advanced models are even capable of carrying out a range of food processing tasks too. Many of them often now come with a range of interchangeable blades which are suited to dry foods or liquids.

Cup blenders work in much the same way as jug blenders, although they usually consist of a cup which can be screwed onto the base of the blender to create a smaller single-serve portion. The cup can often then be unscrewed and sealed with a lid, so that it doubles up as a convenient travel cup. 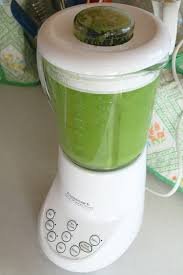 These models tend to be favoured by those seeking to create quick and healthy meals on the go, as they are easy to use and often high powered enough to squeeze all of the nutrients out of the ingredients. They are handy for those looking to blend up a protein shake to take to the gym, or an oaty breakfast smoothie to take on the journey to work.

In general, cup blenders are only used for drinks such as juices, smoothies and shakes, although some come with interchangeable blades for pulverising dry items such as nuts and seeds. They usually only produce one or two servings, so they are not practical for family use, but their jug doubling up as a cup results in less cleaning, which is great for those with busy schedules.

When it comes down to it, smoothie makers really are incredibly similar to jug blenders. The key difference is that they often come with a dispenser tap which allows you to fill your glass directly from the jug, without the need to lift the jug itself. 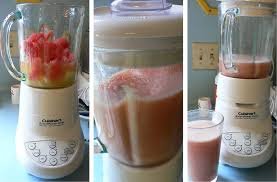 Many smoothie makers claim to be able to blend fruit to a smoother consistency than a normal blender or to crush ice more proficiently. Whilst this may be true when compared to a low-end, low-price blender, the reality is that a blender of a similar price is likely to be just as capable.

The price point does represent a key difference between the two, with blenders coming in a far wider range of prices in accordance with their functions and the majority of smoothie makers tending to come in at one relatively reasonable price.

If you are tempted to buy a smoothie maker, it’s likely you’re simply getting drawn in by a rather clever yet rather pointless marketing ploy. Smoothie makers simply represent a more limited version of a blender. Created in recognition of the surging popularity of smoothies and blended health drinks, it seems as if smoothie makers simply jumped on the bandwagon offering a functional but limited product.

Not only this, but smoothie makers are typically trickier to clean as the spout so often gets clogged up. Not only does this make them less practical for use, it can also make them unhygienic when fruit is trapped in the spout and going mouldy. 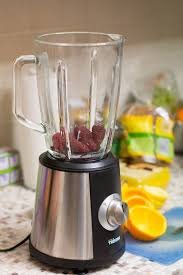 Smoothie makers may be cheaper than many blenders, but they usually come with only a fraction of the functionality. Blenders can be useful for a whole range of different kitchen tasks, meaning that they make a far better investment.

If you are seeking a device purely to create shakes and smoothies, then a cup blender is a far better choice as it is convenient and easy to clean, allowing you to make small portions for personal use.

The only situation in which a smoothie maker might come in hand is a party, where you want to be able to dispense blended drinks easily on tap. Other than that, you are best opting for a traditional jug blender which will give you far more bang for your buck. By purchasing a device that can fulfil a range of functions rather than one limited task, you can maximise your abilities in the kitchen and save space on useless appliances.